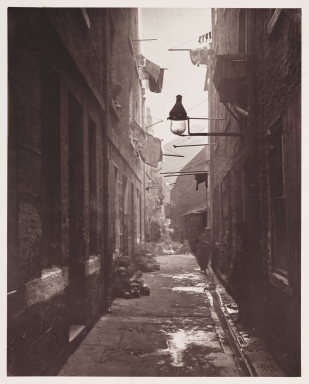 Today’s doctors place a great deal of emphasis on diagnosing you. They listen to you describe the symptoms you’re experiencing, make observations of your body, and may take samples of bodily fluids in an effort to better understand what’s affecting you. Most of the time, this is a very quick process because the doctor has years of knowledge on what causes disease and understands how to solve your dilemma. That mountain of knowledge did not always exist, which is how the miasma theory came to be so accepted.

In fact, the theory of miasma was not dismissed until the 1880s, which is not all that long ago if you consider it.

Miasma is a theory that posits “bad air” is the cause for disease, and there is a great example of why this theory works if we time travel to London in 1854. Broad Street is about to experience a cholera outbreak, but the sewage systems are clogged and flooded with the wastes brought on by an exploding population. The industrial age is a literal boom, and infrastructure is not equipped to handle it. As you can imagine, the streets smell terrible.

Medical practitioners rightly linked the horrible smells to disease, they wrongly attributed the causes. It was not the stench that caused disease, as we now know, it was the contaminated water and materials passing through the city.

Miasma theory was eventually debunked in favor of the contemporary germ theory that prevails today. However, miasma had long reaching consequences and influences everything from the construction of cities to the disposal of waste materials for centuries.